On 25th August 2012, approximately 500 spectators from across Scotland and beyond made their way to the Forest Pitch site; Clarilawmuir Plantation, near Selkirk. Walking from the nearby fields, through specially created winding woodland paths, they finally broke through the dark and dense trees to be confronted by the bright glowing green of a freshly mown, full-size football pitch. As music from the Edinburgh Brass Band floated its way over the tree tops, the players themselves made their way to the changing rooms, built using some of the timber cut down to make way for the pitch.

The diverse crowd were then treated to two entertaining and determinedly played games in the mist and drizzle of a Scottish summer’s day. Firstly the women’s game; Corinth (1) v Delphi (5); and then the men’s; Nemea (4) v Olympia (3). For some of the players, this was their first ever experience of a full size, 90 minute football match. For others, it was an opportunity to show their skills to spectators, commentators and cameras. For all, it was a chance to demonstrate their own ‘Olympic’ spirit, to take part, to share in a common goal, and ultimately to celebrate the diversity needed to create a functional team, as well as a functional ecology.

After the trophies (also made of Spruce) were awarded, and the ceremonial olive wreaths placed on the heads of every player, the crowd made their way back through the woodland path, into the darkness, leaving Forest Pitch to grow back, never to play host to football again. 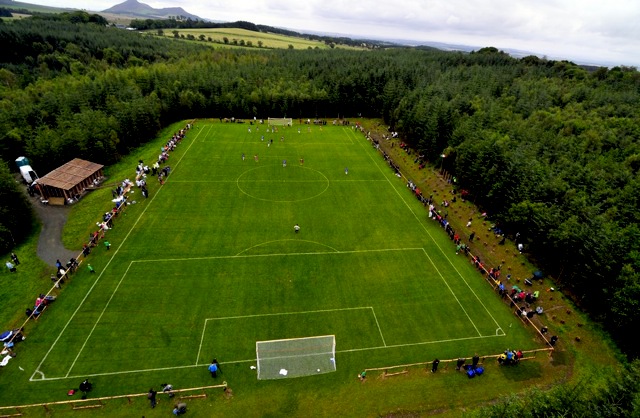 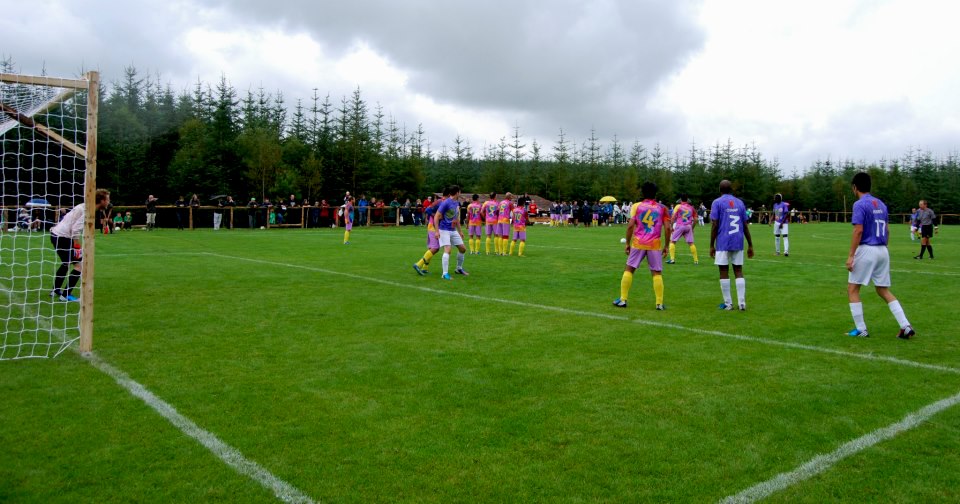 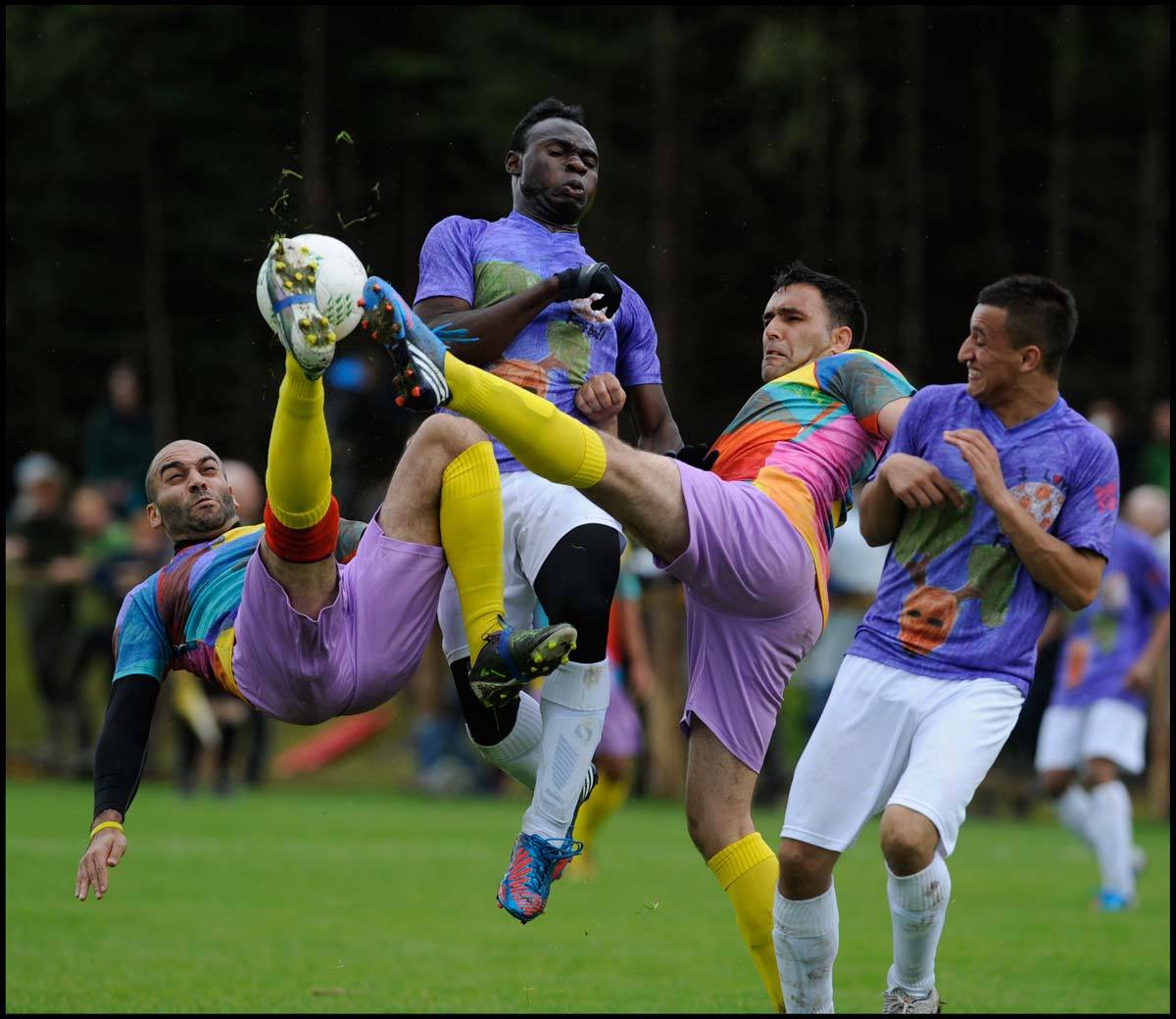